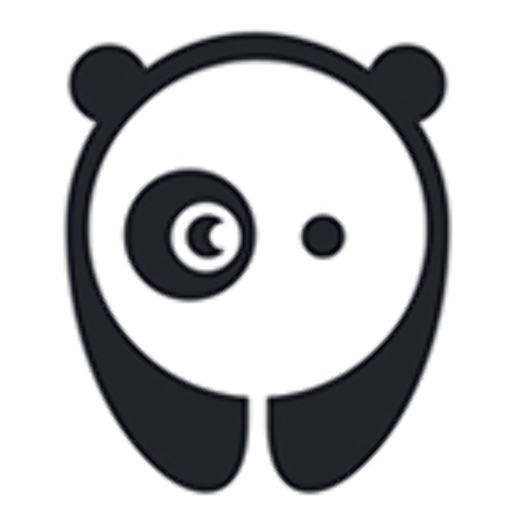 There is still a variable amount of stigma when it comes to conversations about mental health - especially in the case of depression where many just oversimplify the symptoms to "being sad." The symptoms of depression take many forms and can be misinterpreted by others as being "lazy" when in reality the mental toll is so debilitating that a simple task - such as cleaning one's room - becomes overwhelming.

Unlike getting a cold, depression is not just a sickness you can kick, but people can find ways to make life a bit easier with medication and therapy. Getting a handle on depression can lead to various results and for many, it is cleaning up their "depression nest." Bored Panda has curated the following list of before and after bedroom cleanup pictures from depression sufferers, that showcase some truly inspiring battles against this illness.

I suffer from severe depression and have a really hard time with cleaning and doing other kinds of household work. My room have been this messy for several months because I can't push myself to take care of it. But this friday I decided to finally do it!

Three days later you can finally see that I have a floor! Say hi to my teddy Nalle on the bed!

I know it's not a big victory, but for me it means the world to just be able to have my door open if people come over.

I feel so at peace right now, just wanted to share with all of you.

#2 This Is Gross, But After Years Of Depression, I’ve Finally Cleaned My Room

I was diagnosed with severe depression when I was about 12. I’m going on 19 this year. I’ve always had a big struggle with keeping my room presentable and, looking back at these pictures, I am genuinely disgusted with how I used to live.

I decided two weeks ago that I wouldn’t live like this anymore. I’ve been cleaning ever since, putting in at least five hours a day. And now I’m happy to say, my room is almost done.

I donated 80% of my things including clothing, old books, old toys, etc. As of right now, I’m still working. My room is completely empty. Even the furniture is gone. My plan is to repaint and get a futon instead of my decade and a half old mattress. It felt impossible when I started, but the only thing stopping me was me. I am proud of the work I have put in and I just thought I would share in case anyone else is going through the same thing. It is doable.

#3 My (19F) Own Depression Nest Before And After. Super Embarrassing But Glad I’m Out Of That Headspace

#4 My Depression Nest. Hopefully Cleaning Helps Me Get Out Of This Rut

#5 Today Was A Good Day, Even Though I Did Not Have Fun. I Did The Necessary

#6 Cleaned My Room Thoroughly For The 1st Time In 2 Years. Feels Like A Physical Sign My Depression Is Getting Better

#7 Cleaning Up Your Depression

There was a dead mouse (my cat's trophy) and roaches. I didn't know because my room was so stuffy I aired it out every day, sometimes twice a day.

I got hit with depression around the age of 7 and started trying to commit suicide at 8. I was severely bullied until I dislocated some guy's shoulder when I was 11-ish. I passed tests and age 11 I had the "mental capacity" of a 16 year old. So I skipped a year. Although I was fine for a year, I then moved to a bigger place (I used to be at a school with 120 kids and moved to a place with 450 kids). I was bullied an awful lot. I had skipped a year and oh boy this private, conservative, highly religious place was so not my cup of tea. I developped massive social anxiety (at age 13, seriously. I wish I were a tumblr special snowflake making sh*t up rn). I had panic attacks daily, often passed out, threw up, had insomnias and etc.

Fast forward over a year and a half, school was back in and I missed more than half the month of school. I didn't go at all in October.

In November I was interned at a psychiatric facility.

There was no heating, it was always around 10 degrees (celsius), the food was revolting, and most of all, the nurses were bordeline abusive.

They blamed my mother for not being harsh enough and isolated me from her and my LDR girlfriend who was my only support. If things didn't go their way, they yelled, insulted, sometimes grabbed and shoved you around and would talk in your back 24/7. I got out a month later, hit with sometimes hallucinations, dissociating frequently, having a massive phobia of school in general and being paranoid. I also developped an eating disorder and varied in between starving myself and binging (like, 7000 calories binges).

Anyhow, fastforward several years of doing nothing, sleeping between 7am and 4pm to avoid as much living as possible, watching films and basically doing f**k all but binge, sleep and computer. I attempted suicide again in April. I basically shoved down more than 8000mg of paracetamol. I got hospitalized and I somehow barely got affected and drank a quarter of my dose of charcoal (they kept me awake until I drank some but gave up eventually). I stay 3 months in hospital.

About 6 months after the hospital, I discover have a 97% chance of being autistic, that I'm a "gifted child" with hypersensibility. (I couldn't afford the next tests because they cost hundreds so I'm leaving it at 97% chance) I've beaten what the psych facility did to me except for the fact I restricted myself to approx 1500cal/day and due to being shut in my room for so long I have migraines when I'm exposed to sunlight and get rash. Sucks.

Things didn't move much for a while after that but this September I went back to school. I picked up my studies although I'd dropped out after the psych facility. I'm currently studying and fighting both ED and depression and tbh I think I'm winning.

#8 Before And After Cleaning Up My Depression Nest

#10 I’ve Been Dealing With Depression For About Three Years Now, And While My Room Has Never Been Among The Tidiest Out There, The State Of My Habitat Just Worsened My Mental State

Not pictured: the countless loads of laundry done and put away, the six full trash bags, or the four bags of things that went to donation.

#11 Well Overdue Cleaning! I Could Feel A Depressive Spiral A’creepin’, So Bit Of A Spring Clean Was Needed

#12 The Before And After Of 14 Hours Of Cleaning. Finally Got Rid Of My 3 Month Depression Nest!

#13 Depression Hit Me Hard A Few Years Ago... I’m Finally Taking Steps To Fight It. It’s Not Perfect, But I Have My Room Back!

#14 My Neckbeard Nest, After Months Of Not Caring, I Looked Down And Realized What This Was Doing To My Mental Health

#15 So, The First Picture Is Depression For Me. It’s Awful And Embarrassing. Next Pic Is The Same Room In My Apartment

Still got a bit more to go, but damn I am so proud of this progress!

Let me also say, I didn’t do this in a marathon cleaning kind of way. It took me a week. I made it a goal to take out one bag of trash and pick up at least 10 things a day. Sometimes I would do more than 10 and sometimes the trash bag would be bigger than others, but by not overwhelming myself, I got this done.

#16 Depression Recovery Comes One Step At A Time!

#17 Depression. One Step At A Time! Feeling Pretty Good About Myself Right Now

After been dying to clean my house for a year now it's taking a lot to actually get down and do it. I haven't really done this in 5 years! Tend to keep the places and things I use clean and tidy (barely) but just leave everything else anywhere and not bothering with it! The inspiration for doing this was the fact of it's sad to look at, thinking "how did I let this happen? This is disgusting!, you are a lazy slob!" and I have man in my life now who inspires me to be a better version and it was probably the kick I needed to just take a step back and think "I am not living like this anymore!

#18 Depression And Anxiety Related Mess. I Feel Like I Can Breathe In My Room And It’s Become My Little Oasis. Now To Scrub And Repaint The Walls And Replace The Beat Up Rug

#21 Grieving Over My Mom Put Me In A Deep Depression. I Decided To Deep Clean Everything For Fresh Start

I’ve spent the past two years in a fugue state, incredibly depressed and tired after a traumatic event in 2017, on top of buildup from high school trauma. Besides all that, I’ve never been a clean person - in case you couldn’t have guessed. I have a whole laundry list of mental and physical problems (I’ll spare you) that make it excedingly difficult to effectively organize and even move sometimes.

But… Something changed last night. I feel like a light switch clicked on in my brain that hasn’t been on in 5+ years. I am so, so proud of myself. My girlfriend and I have transformed this apartment in twelve hours and I am so excited to see what it will become in the next few days. We’ve had to clean up our depression messes before but this time I actually want to change for good, and am confident that I can.

I'm posting this because… Well, I know there are others in as sh*tty a place as me. And I know no one wants to show what it can look like. But no matter how deep your trash pit is, you can dig yourself out of it. Recovery is possible. Respecting yourself by respecting your living space is possible. I wish you all luck.

#23 Before And After. Beating Depression

#24 Depression Mess. Not Perfect, But A Good Start

#25 Depressed-Nest. Freshened Up The Bed Area

#27 Before And After. Too Depressed To Clean Until I Went On Medication. Still Proud Of Myself, Five Years Later

Took about 4 hours maybe? I just turned on criminal minds and went to work finally. But thank god it’s done!! I still have to clean my desk and i’m washing all of my bedding (hence just the plain mattress on the floor) but like damn y'all. I’m proud of myself.